Why do hackers always wear hoodies?

A lot of fearmongering press has been hitting the feeds lately about how easily voting machines can be hacked. This idea is a perfect match for the notion that Russians hacked the DNC during the primaries, and are working in cahoots with Donald Trump, and combined, it’s a perfect storm for the tinfoil hat crowd. But aside from the fact that the Russian/Trump/DNC connections are still being debated by forensics experts and wholeheartedly dismissed by folks like Julian Assange, what often gets glossed over in this clickbaitfest are the facts that only about a quarter of US election locations use the hackable machines, and that there is no documented case of an election having been “hacked” via these machines.

Don’t worry though, this election will be hacked anyway. But by Americans, and without even using a computer! When it comes to how a typical “hack” works, most people forget that the most important ingredient is often some kind of social engineering, not some sweaty evil computer nerd in his basement furiously cracking passwords. This kind of hack has been understood for centuries; it’s basically a feature of democracy, not a bug. It’s so fundamental to the election process, that there are even clever names for most of the exploits. Let’s take a look at just a few….

This one has fallen out of vogue for a while, but as we head into an era in which a Trumpian fascist regime and a Clintonian Neo-Dickensian nightmare are equally likely, we suspect it will become quite fashionable again. In the 19th century – right here in the United States – innocent bystanders would be grabbed off the street  by “cooping gangs” working on the payroll of a political candidate. They would be kept in a room, called the “coop”, and given alcoholic beverages in order for them to comply. If they refused to cooperate, they would be beaten or even killed. Edgar Allan Poe is thought by some to have been the victim of cooping before his mysterious death in early October 1849.

The word “gerrymander” is a portmanteau of Governor Elbridge Gerry’s last name and the word “salamander”. In 1812, Governor Gerry signed a bill that redistricted Massachusetts to benefit his Democratic-Republican Party. When mapped, one of the contorted districts in the Boston area was said to resemble the shape of a salamander. Gerrymanding is such a fundamental feature of modern democracy that it has lots of fun names for the tactics it uses, like “Cracking”, “Packing”, “Hijacking”, and “Kidnapping”. Here are examples of the effects of each. Gerrymandering is an example of the wasted vote tactic.

Until relatively recently, it was fairly well-established that voters consistently voted based on party or candidate affinities. This changed dramatically when Karl Rove made the 2000 election all about “right to life” issues, without actually making it a plank in the GOP platform, but thereby capturing the important “Catholic Vote”. This strategy can be dicey in the long-term. A couple of examples: many Catholics support a pro-life stance, but strongly oppose the death penalty, which the Republican Party supports, and members of labor unions strongly identify with the Democratic Party’s advocacy for workers’ rights, but also tend to not support gay rights, a stance which more closely aligns with Republican views.

We’ve touched on this previously; we called it Googlemandering. It’s described in its Wikipedia entry  as a “change in consumer preference from manipulations of search results by search engine providers. SEME is one of the largest behavioral effects ever discovered. This includes voting preferences. A 2015 study indicated that such manipulations could shift the voting preferences of undecided voters by 20 percent or more and up to 80 percent in some demographics.” 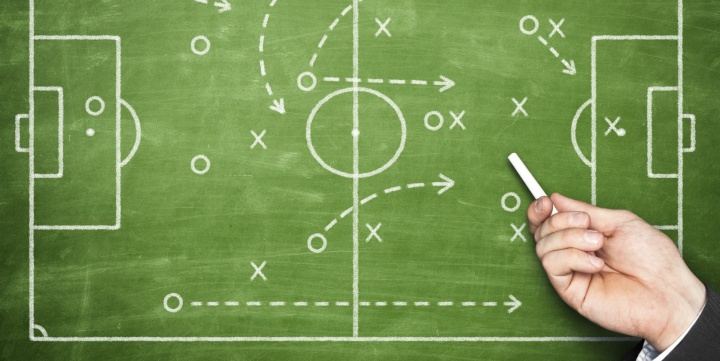 The strategy of tactical voting  is less common in American politics, because it is most effective when multiple candidates are running for a position. The duopoly in American politics – especially for presidential elections – renders it an ineffective tool. However, it may be relevant in the 2016 election, when there may be as many as 4-5 viable candidates by election day, depending on the GOP reaction to Trump’s erratic behavior, and the strength of Libertarian candidate Gary Johnson’s run.

Directly quoting the Wikipedia entry: “Voter caging refers to challenging the registration status of voters and calling into question the legality of allowing them to vote. Sometimes it involves sending direct mail to the addressees of registered voters, and compiling a list of addressees from which the mail is returned undelivered. This list is then used to purge or challenge voters’ registrations on the grounds that the voters do not legally reside at the registered addresses. In the United States, this practice is legal in many states. However, it has been challenged in the courts and due to its perceived racial bias, has been declared illegal under the Voting Rights Act of 1965. The term voter caging has also been applied to recent cases where increased requirements for proof of identity, residency and eligibility have been added with the intent to limit the number of eligible voters.” Voter caging is – in broad strokes – the most common form of voter suppression in the US.

This method is a time-honored tradition which certainly extends well beyond its earliest notable use in US elections, i.e.: in the 1800 presidential contest, when John Adams and Thomas Jefferson were vying for the office. We’ve talked before here about how it definitely took down John McCain in 2000, and may have had something to do with the demise of the Ted Cruz campaign of 2016.

An all new method was put to work this election cycle. It was pretty simple; just give Bill Clinton a forty dollar megaphone and have him illegally occupy a polling place during the only hour the local voters have time to vote:

Word of the Day: Innernet

Word of the Day: Schrödinger’s Liberal